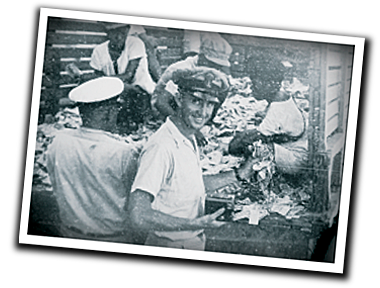 Japan invaded the Philippines on 8 December, 1941 only hours after the attack on Pearl Harbor. Within days, Japan had bombed airfields and successfully disabled the U.S. Air Force in the region.

Photo: Petty officer Hewitt from the Australian Navy with a captured truck full of Japanese invasion money near Manila in 1945.
Could these notes have gone on to be overprinted in Brisbane, Australia and air-dropped back over Manila?